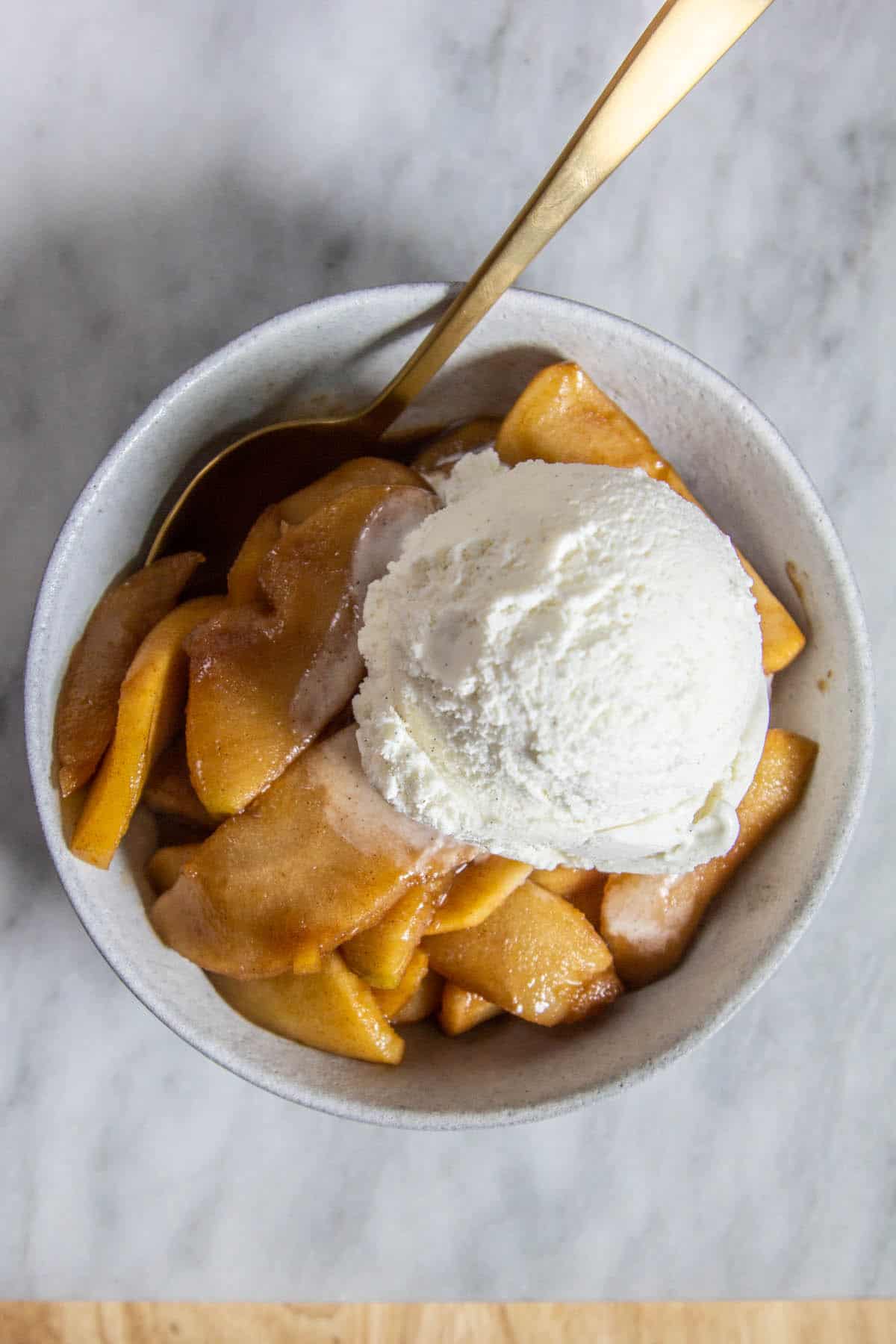 There aren’t many flavor combinations more comforting than baked apple with cinnamon. This recipe is soul-satisfying and delicious, all while being easy to make too!

What ingredients are needed to make baked apples with cinnamon?

This baked apple with cinnamon recipe requires very few ingredients and is one of those recipes that easily lends itself to interpretation.

Once you make this recipe for baked apples with cinnamon you will see just how intuitive of a process it is and will become a master of mixing it up yourself!

I used a combination of Granny Smith and Fuji apples for the batch of baked apples with cinnamon pictured here. But, you can use whatever type of apple (or combination of apples) your heart desires!

Substitutions for baked apple with cinnamon.

What apples are best for baking?

It’s true; not all apples are created equal. There are hundreds if not thousands of varieties of apples all with their own flavor characteristic and texture profiles. Some apples are best for eating and some for baking. Let’s break it down…

What types of California Grown apples are the best for baking?

Granny Smith or Cripps Pink (Pink Lady) varieties of California-grown apples are the best for baking. They hold their structure after being exposed to higher temperatures for a significant period of time.

You can use Gala or Fuji varieties also – but they will break down faster in the oven when subjected to high temperatures so you will need to keep an eye on them so that they do not become mushy.

Click here to learn more about apples from California!

For this baked apple with cinnamon recipe, I used a combination of both Granny Smith and Fuji apples – our family loved the contrasting textures of the slices. I did have to watch the cook time more than I would have though if I had used all one variety – I didn’t want to have too much variance in texture between the types of apples.

These baked apples with cinnamon need a little extra liquid to get the party going. Apple juice will really intensify the flavor of the apples while apple cider will also add a spiced element to the mix. If you don’t have those you could use another type of fruit juice or even water.

This is a common ingredient often called for in baked apple recipes. Lemon juice prevents oxidation of the apples, which means that it stops the slices from turning brown after they have been exposed to air.

Dark brown sugar has a slightly more complex flavor than light brown sugar, one which people often characterize as similar to caramel or toffee.

A sweet and woody flavor, cinnamon has a slight citrusy note, and its spicy taste is often likened to the powerful punch of cloves.

Cornstarch is a terrific ingredient for thickening puddings, soups, and pie fillings, and is also used in many baked good recipes. If you can’t eat cornstarch due to a corn allergy or you do not have cornstarch a great substitution for cornstarch in this recipe would be tapioca starch.

No kitchen is complete without butter. Available in many forms—salted or unsalted, sweet cream, whipped, cultured, clarified and light—it’s a versatile ingredient with unparalleled taste and performance. Ask your grocer for butter with the Real California Milk seal—the mark of a product made exclusively with milk from California dairy farms.

More baked apple recipes you can really sink your teeth into!

Our California Grown Creators have been hard at work cranking out baked apple recipes! Here are a few we think you should try while apples are in season.

If you aren’t sure whether you’re on “team apple pie” or “team apple cake,” not to worry. A Girl Defloured has you covered with this recipe for Gluten-Free Irish Apple Cake.

This apple dessert is loaded with cinnamon-laced chunky apples and topped with a nutty crumble.

This delicious apple cake with pistachios from Bakes by Brown Sugar is full of Granny Smith and Fuji apples and crunchy pistachios. The cake is moist and dense with a hint of lemon that pairs really well with the sweetness of the cake and the tart apples. If you’re looking for a recipe for all the apples you just bought or picked, this is the one you need.

This Apple Pistachio Crisp by our friend Bakes by Brown Sugar is everything you want in a fall dessert – sweet/tart California apples, warm spices, and a buttery, crunchy pistachio topping. It’s special enough to serve at a holiday meal, but easy enough to throw together on a weeknight (why not?). Serve it warm or at room temperature.

This baked apple cake, from G Free Foodie, has a rich custardy bottom, a light cake layer, and a crisp sugary topping. Serve it warm, or at room temperature–either way with a scoop of vanilla bean ice cream or a dollop of whipped cream.

These baked apple blondies from This Mess is Ours are bursting with fall flavors like apple butter, fresh shredded apples, browned butter, and dark brown sugar.

Share your favorite recipe for baked apples with us by snapping a pic and tagging us on social using #CAGROWN. 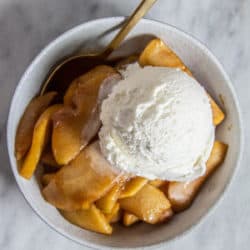